The Syrian Refugee Girls who would change the world 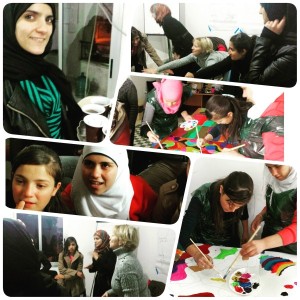 Dreaming up a Global Community

They are young Syrian refugees girls with a big dream. Torn from their home and lives – lives that were reasonably comfortable in comparison to their situation today – they have landed with their families in Lebanon, under the auspices of Terre des Hommes, an Italian based child protection and refugee support organisation.

And then there is DreamWeb

Conceived in South Africa over 10 years ago, DreamWeb was the brainchild of Annette Lechner (together with Niels Lamers, they founded the initiative).

She had been visiting a friend in New Bethesda and during her stay had the opportunity to meet its people. Confronted with such difference in lifestyles and cultures, she found herself longing to connect the comparatively rich and privileged people of her country, the Netherlands, with the community of this little town in SA. And she wanted to connect them through shared dreaming.
And so DreamWeb was born.

The Desmond Tutu supported initiative works to provide space and opportunity for communities to connect and dream – together. It then asks them – ‘what are your dreams?’; ‘who is your hero?’; ‘what are you talents?’ And – they provide the support to begin putting those dreams out there, into the world. From communication to programme management and realisation.

I’m convinced that if you connect your passion and your talents – you can have a huge impact on the world – so that is what we ask for.

What is amazing about this project was that we had imagined it one way – and then it was taken consistently another way.

DreamWeb Lebanon was actually born in Sitges (Spain). Annette and Yvonne Daher, the co-leaders to Dreamweb Lebanon, met on the CTI Leadership programme and paired up to run a workshop for the Programme. Having spoken at length about the refugee situation in the middle east – and by extension the world, both women felt strongly drawn to do something to help.

Yvonne lives in Lebanon and Annette in Netherlands and through the DreamWeb initiative, they decided to attempt to build bridges between two civilisations that are feeling the current crisis deeply. Yvonne reached out to Arz Stephan, a friend in Lebanon who worked for Terre des Hommes – and he introduced them to eight Syrian Refugees girls and one Lebanese girl interested in taking part in their workshop. And so were born the Hummingbirds. The tribe name given to the girls, to create a bond and a shared community for their dreaming.

Yvonne: “What is amazing about this project was that we had imagined it one way – and then it was taken consistently another way. We had in mind to build a bridge between Lebanese and Syrians – and we ended up building other types of bridges. Secondly, we did not know we were going to work only with girls – we assumed there would be a mixed group. And we ended up working with ladies – young ladies bright and shining – and the programme was built around that.”

It soon became clear to the two women that this was an organic thing – what needed to manifest, manifested – and Annette and Yvonne shaped it from what emerged. The project became about giving the girls access to their own power and joy again:

Annette: “It was an incredible process to watch them blossom; from shy, to determined, to putting their dreams into reality and having fun together doing it.”

The Hummingbirds started dreaming big. And dreams of innocence – of making a change – of saying yes – ‘one day we will go back to Syria and rebuild our home’ began to surface:

Something was happening through us – and these girls really were transformed.

Yvonne: “Something was happening through us – and these girls really were transformed. They began to look up and say what they think, challenging the status quo – they began to stand up and were saying ‘yes – I can’ when something said ‘no you can’t’. They know what they want.”

At the end of the three day workshop, the Hummingbirds came up with two big dreams. Firstly, they wish to create a school – for all refugees and young people. To learn English, as they believe this will open the door to the wider world to which they absolutely feel they belong. Committed to making their own contribution, they also want to give back to the community that is housing them by teaching Arabic.

Secondly, they want to run a ‘Creative Bus’. The DreamWeb workshop surfaced some real creative talent and the girls want to share this creativity with other refugees and build on it using this Creative Bus. And they plan to support themselves too. Beginning with small paintings they can sell, they plan to do more, spreading this into their community to help fuel and fund the ongoing development of their dreams.

Because there are people who want to help – they also need to learn to ask – reach out for support.

The next step is happening now. Annette, Yvonne – and Anne-Marie Lawrence (also a Leadership graduate) – return to Lebanon for part 2. Now they will begin to make the girls’ dreams a reality – and start building a community that can support and sustain them in the months and years to come.

So – what can you do to support the Hummingbirds?

This is not just what they need – this is what we all need. Feeling connected.


Connecting, talking and exchanging ideas – that’s at the heart of DreamWeb’s vision. Reach out – connect to the Facebook page, support and like what the girls are doing – offer them your ideas and dreams!

The second way to help is by donating money. The Hummingbirds will be making their paintings and other art projects available to buy shortly – but in the meantime DreamWeb Lebanon will be working to get the girls and their families online – so that they can be more connected to the wider global community.

Ultimately – this is about listening to the conversation – and creating a global community:
Yvonne: “This is not just what they need – this is what we all need. Feeling connected. Not only them – because they are in this particular situation – but where we – as citizens of this world can make an effort. Building a community, sharing and listening to the stories and knowing what is going on in this part of the world. And then – like the workshop – we trust that truly infinite possibilities can emerge – we don’t’ know and we don’t need to at this stage. We are just trusting and doing what we feel is needed right now to make this go further. And the rest – we will co-create it with the community.”

We will be profiling the girls and sharing their stories – giving an insight into what life is like in Lebanon for them – and what the project is doing for them and their community. Keep checking back here for how the conversation is going.

DreamWeb an empowering program for a heart-warming NGO in Lebanon 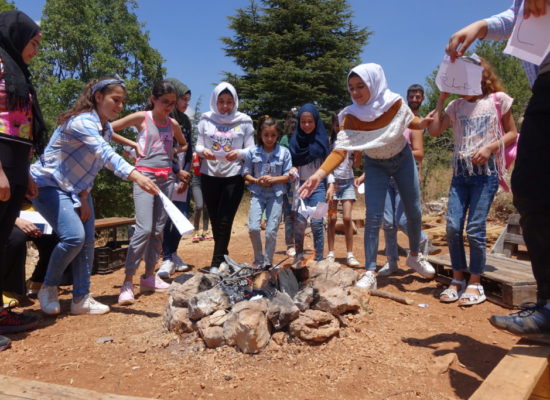 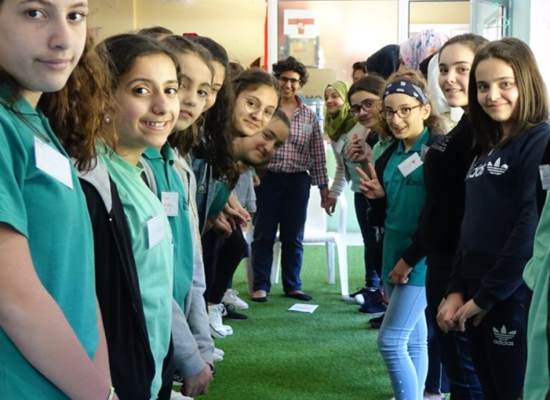 Thank you for supporting Global DreamWeb! We would like to thank all our supporters!... 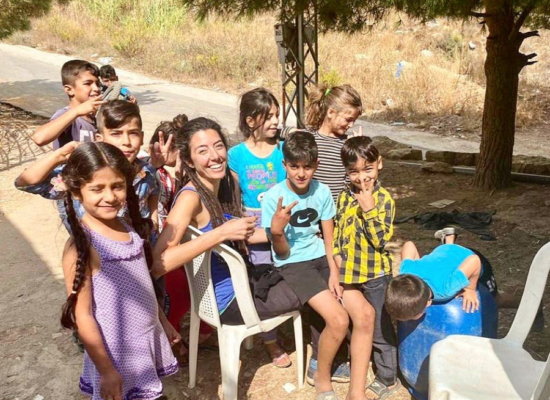 Let’s do some gardening with the Hummingbirds! When things go different than...